Diversity has been the keynote of Trevor’s musical career.  It’s been the source of his unflagging interest in performing – how can you become bored when you are always trying something new — and of his easy connection with a broad range of clients.  Today, diversity and excellence continue to characterize what he offers his audiences.

His wide-ranging experience has given Trevor a broad familiarity with the local Connecticut music scene and its artists.  He has become a master of creating bands custom-designed to suit an event, its audience, and the client’s personal taste.  Since each event is different, so is the band that entertains it. From Dixieland to jazz standards, rock, folk, and country, Trevor continues to play them all.

This appetite for new experiences is something Trevor has never lost.  One day he may play a wedding, on another with a jazz band on a wine and chocolate riverboat cruise, playing percussion instruments for an acoustic folk act, and yet another leading a marching Dixieland band at a traditional New Orleans ‘Second Line’ jazz funeral. 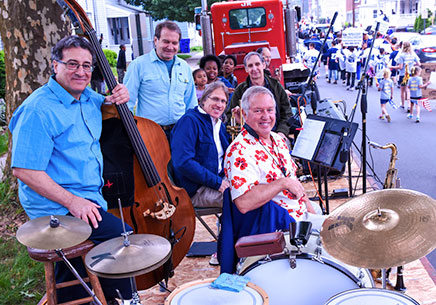 Jazz from 3 piece to 5 with Vocalist 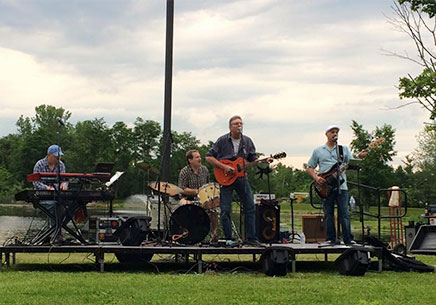 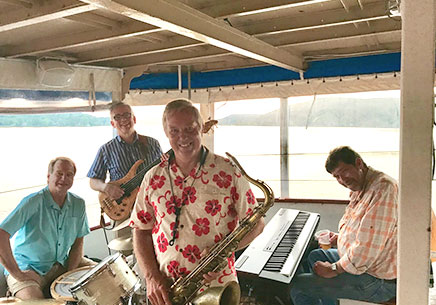 Music Samples of past projects

Do Not Contain Yourself

If I Had A Hammer

If I Had A Hammer – Bill Milford & Barb Sifter – 2006 Live at “Winni” summer camp at Lake Winnipesaukee, New Hampshire...

You Show Me Yours

By age 17 Trevor was playing drums professionally 5 nights a week with a regionally successful rock band, one of whose members went on to lead the Saturday Night Live studio band and serve as band director for David Bowie, Bob Dylan and George Harrison.

After a year of steady gigs, it was on to study and record jazz at Vermont’s Johnson State College, and following that a period of freelancing back in central Connecticut when he played live and studio sessions and with dozens of different bands at every imaginable venue from clubs, to country clubs, to country western clubs, and the full range of private social events.  During this period he also played with Michael Bolton, and later managed and played with a leading Connecticut band, Fountainhead.